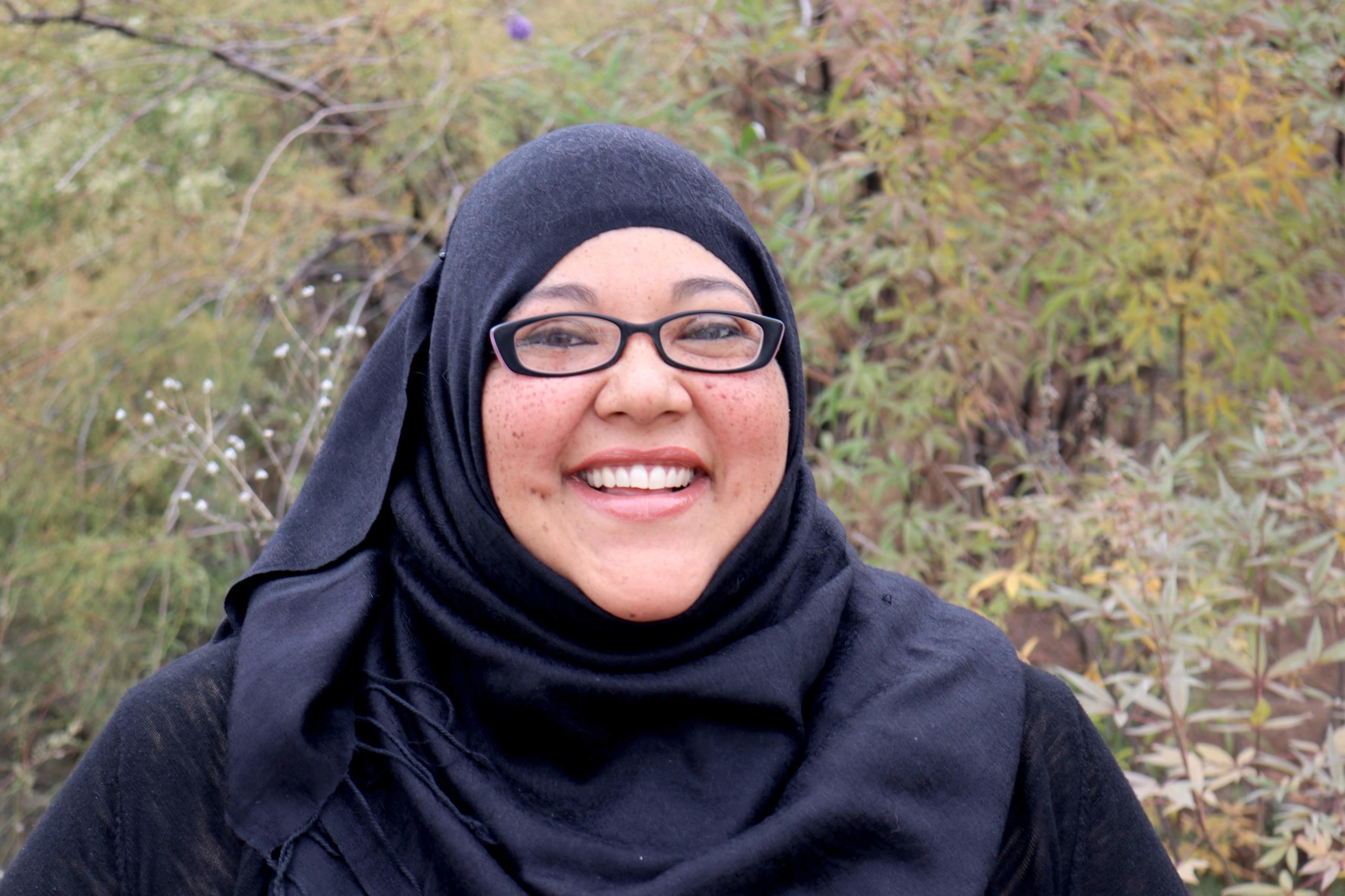 She is an experienced educator, advocate, facilitator and administrative development professional. She possesses 12 years of experience in working with educational, non-profit and community engagement initiatives. Maldonado joined the Empowerment Congress in 2018 as its Coordinator, where she develops its community leadership curriculum, community organizing campaigns, and the EC’s organizational design structure. As a resident of Southern New Mexico and Doña Ana County for 15 years, she has been an advocate for community programs, policies, and organizations that put people at their center and shift power to those most impacted by oppressive systems. She is a graduate of New Mexico State University where she earned Bachelor’s degrees in both Communication Studies and Government followed by a Master’s Degree in Economics with a minor in Applied Statistics. 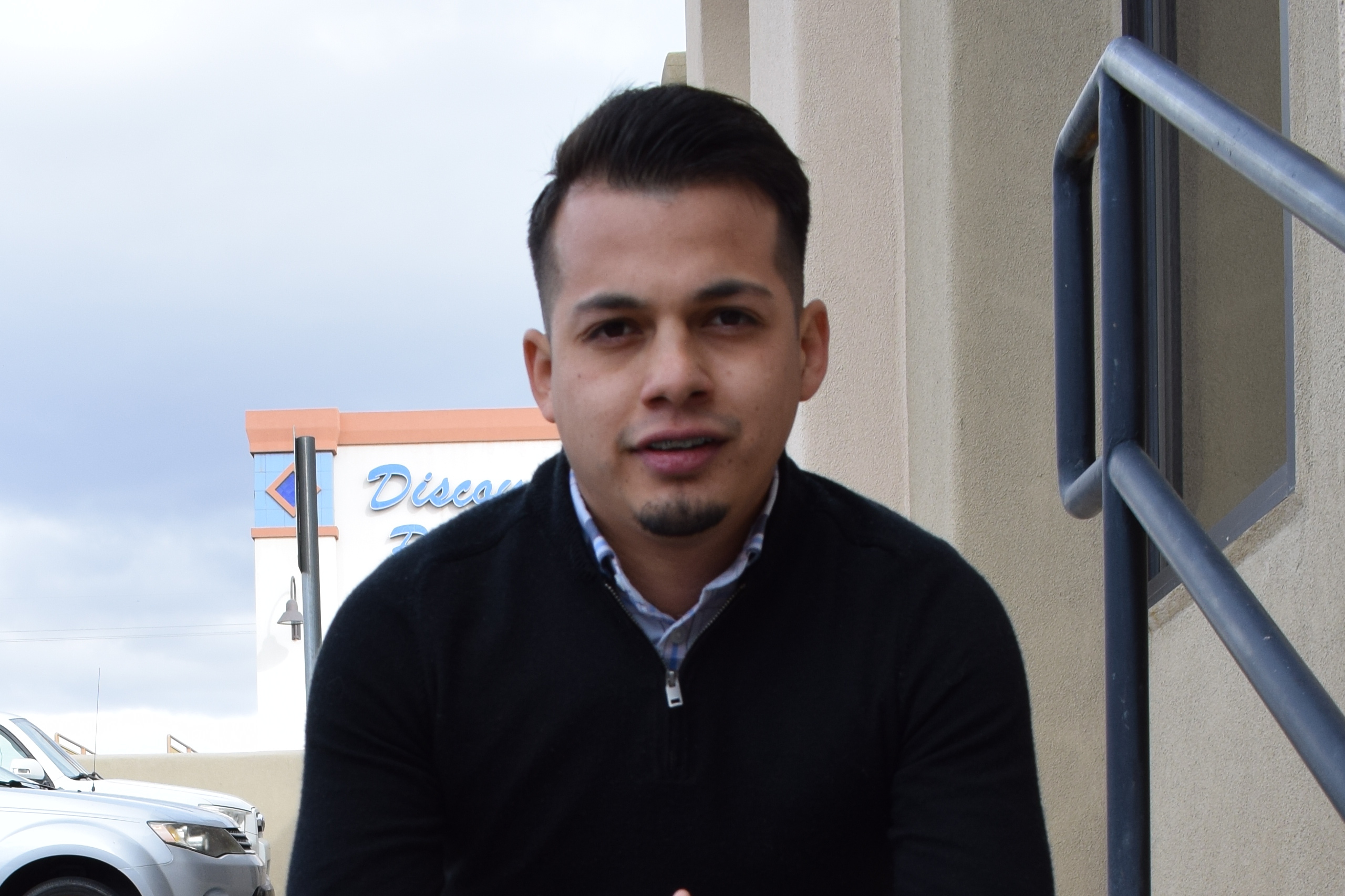 For several years, he has participated in beautifying the city of Las Cruces, also serving as a youth mentor with several organizations. Escamilla, a 24-year-old, who was raised in the area of Dona Ana County, graduated with a Bachelor’s Degree in Criminal Justice with a focus in local law, from New Mexico State University. He is fluent in both English and Spanish. He became passionate about serving communities through his mother who served as a coordinator for over 10 years in the Colonia of Del Cerro.

The EC began in 2012 as the Dona Ana Quality of Life Initiative by a group of community members concerned with the economic and health statistics coming out of our region and interested in finding out from communities themselves what a good quality of life looks like and how we can get there together. That group included now County Commissioner Billy Garret, then staff for U.S. Senator Bingaman Jake Rollow, NMSU staff Rocio Benedicto and Paul Gutierrez, former Dona Ana County Health and Human Services department manager Sylvia Sierra, and many others. They teamed up with Randy Harris, founder of the local organization Great Conversations, and began holding community dialogues in each of our county’s colonias and the City of Las Cruces to gather data. They found that people had a wealth of knowledge about the history, infrastructure, and needs of their communities and that the top priorities across the board included: public transportation, services for youth/education, road/water/electricity infrastructure, services for elders, public safety, and health/healthcare. The Great Conversations also shed light on the broken trust between communities and local government and a common belief that there was little hope of fixing long standing issues. In each community they heard neighbors refrain, “we are the bastard stepchild of Dona Ana County.”

The Quality of Life Initiative was able to secure the sponsorship of the J. Paul Taylor Symposium in 2012 and 2013 to gather more information and have people come to consensus on an initial action to take with it. Meanwhile, a group of local leaders from both government and non profits attended a week long training organized by the Empowerment Congress in Los Angeles, with funding from the Kellogg Foundation. These leaders included County Commissioners David Garcia and Billy Garrett, Sylvia Sierra and Claudia Mares of County Health and Human Services, Sister Chavela of the Sisters of the Assumption in Chaparral, Maryann Galindo, La Union Townsite President, Leonel Meraz, Radium Springs leader Rafael Reyes, Sunland Park leader, and America Terrazas, Del Cerro Nuevos Horizontes leader. The Empowerment Congress started in Los Angeles in 1991 by County Board of Supervisors member Mark Ridley Thomas in an effort to unite his district in the wake of the civil unrest/riots, begin healthy civic dialogue around difficult issues, and inform his policy making. His office still supports the Empowerment Congress today; a staff representative is designated for each issue based committee to report back, and the Empowerment Congress comes together annually for a leadership development conference. Our Dona Ana County representatives decided to bring back the name Empowerment Congress and adapt it to fit our local culture and style.

At the 2013 symposium, the Empowerment Congress of Dona Ana County was established. It was decided that public transportation needs would be the first topic addressed by the newly formed group. In order to address transportation needs, the new EC would use the Engage for Change model created by Billy Garrett, which is a series of questions for community and local government representatives to ask of themselves in order to tackle a problem and collaboratively create a solution. The Engage for Change model is inspired by the Capabilities

Doña Ana County is home to 37 federally designated colonias mostly centering around the Rio Grande corridor within 3,804 square miles. According to the 2017 Colonia Infrastructure Report, the total population of colonia residents is nearly half of all Dona Ana County’s population of 215,000.

These rural communities and their federal designation as “colonias” are a direct outgrowth of historic colonization. The illegal sale of land and formation of residential communities took place over several decades beginning in the 1950s in rural areas along the US-Mexico border. The land buyers and occupants were predominantly of Mexican heritage who could not otherwise purchase homes within city boundaries.  As these communities grew, the regulating body of the County government continued to ignore their existence, leaving these neighborhoods without even the most basic infrastructure. Due to the lack of institutional planning for these colonia communities, the educational system for children and families was severely lacking. The communities are now virtual health and economic deserts leaving families traveling miles for simple health needs or employment opportunities. These circumstances have all contributed to the establishment of a hierarchical system where several generations of ethnically Mexican families and children, along with recent Latin American immigrants, at the bottom of governmental priorities to receive public funding or development. Because of their quasi-illegal nature, this system has left the colonia communities disenfranchised and without much power to address their living conditions. Although some tentative steps have been taken to improve their situations, the colonias continue to experience significant health and safety hazards, inadequate education, insufficient employment opportunities and generally poor living conditions.