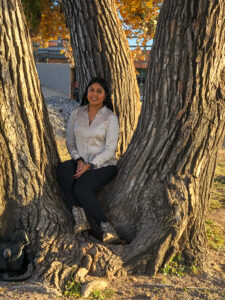 Bernice Barrientos was born in Las Cruces, New Mexico and was raised in the Dona Ana
County colonia of Mesquite. She has always been passionate about civic engagement and
helping communities and community members become independent and self sufficient. She
graduated from New Mexico State University with a bachelors in marketing and a minor in
management. She plans to utilize her marketing skills and knowledge to bring the communities
and people together so that they can flourish.

For several years, he has participated in beautifying the city of Las Cruces, also serving as a youth mentor with several organizations. Escamilla, a 25-year-old, was born in the frontier city of Cd. Juarez, CH. At a young age he came to the U.S. and was raised in one of the 37 colonias that are in Doña Ana County. He graduated from Las Cruces High School in 2013, and went on to study in two different states before coming back to Las Cruces. Cesar, graduated with a Bachelor’s Degree in Criminal Justice with a focus in local law, from New Mexico State University. He is fluent in both English and Spanish and is always eager to learn new things. Cesar became passionate about serving communities through his mother who served as a coordinator for over 10 years in the Colonia of Del Cerro. 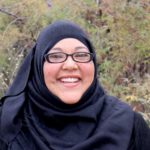 Daisy A Maldonado is the Director of the Empowerment Congress of Doña Ana County.  She is from the desert southwest of El Paso, Texas, and identifies.  Maldonado earned a Bachelor’s degree in both Communication Studies and Government followed by a Master’s Degree in Economics with a minor in Applied Statistics from New Mexico State University.  She is an experienced educator, advocate, facilitator, administrative and organizational development professional.

During her 19 years living in Southern New Mexico, she has been an advocate for community programs and organizations that put people at their center and shift power to those most impacted by unjust systems. Her efforts with non-profits initially began with a focus on gender justice, working as a sexual assault victim/survivor advocate, and shifted to economic justice for Colonia communities by supporting the investment in and development of their infrastructure and educational systems.

Maldonado joined the Empowerment Congress in 2018 as its Coordinator, where she developed its community leadership program, Cultivating Leadership for Social Justice, and led the community organizing campaign, Somos Anapra, the City of Sunland Park, NM.  Now, as the Director, Maldonado is further expanding the work of Empowerment Congress to reach more families and youth within Doña Ana County Colonies with the goal of supporting community leaders exercising their agency, taking ownership of their neighborhoods, and leading decision making processes. 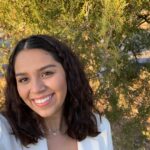 Yomara began her academic career like many people, unsure of what she truly wanted to do for the rest of her life. It is thanks to her experiences at New Mexico State University that she found her passion for advocating and serving communities. As a Civil Engineering Technology student she was a member of multiple organizations on campus, however, the organization that had the biggest impact on her is one that does basic infrastructure projects both locally and internationally for communities in need. While working on these projects she noticed a great disparity in these communities especially here locally in what is supposed to be a “developed country”. She hopes to bring a new perspective to the Dona Ana County, one that integrates her experiences as an immigrant in the United States, as a first-generation college student, but more importantly as a global citizen.