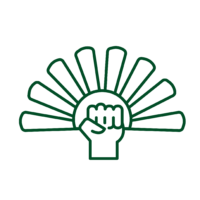 Doña Ana County is home to 37 federally designated colonias mostly centering around the Rio Grande corridor within 3,804 square miles. According to the 2017 Colonia Infrastructure Report, the total population of colonia residents is nearly half of all Dona Ana County’s population of 215,000.

These rural communities and their federal designation as “colonias” are a direct outgrowth of historic colonization. The illegal sale of land and formation of residential communities took place over several decades beginning in the 1950s in rural areas along the US-Mexico border. The land buyers and occupants were predominantly of Mexican heritage who could not otherwise purchase homes within city boundaries.  As these communities grew, the regulating body of the County government continued to ignore their existence, leaving these neighborhoods without even the most basic infrastructure. Due to the lack of institutional planning for these colonia communities, the educational system for children and families was severely lacking. The communities are now virtual health and economic deserts leaving families traveling miles for simple health needs or employment opportunities. These circumstances have all contributed to the establishment of a hierarchical system where several generations of ethnically Mexican families and children, along with recent Latin American immigrants, at the bottom of governmental priorities to receive public funding or development. Because of their quasi-illegal nature, this system has left the colonia communities disenfranchised and without much power to address their living conditions. Although some tentative steps have been taken to improve their situations, the colonias continue to experience significant health and safety hazards, inadequate education, insufficient employment opportunities and generally poor living conditions.